We are not robots 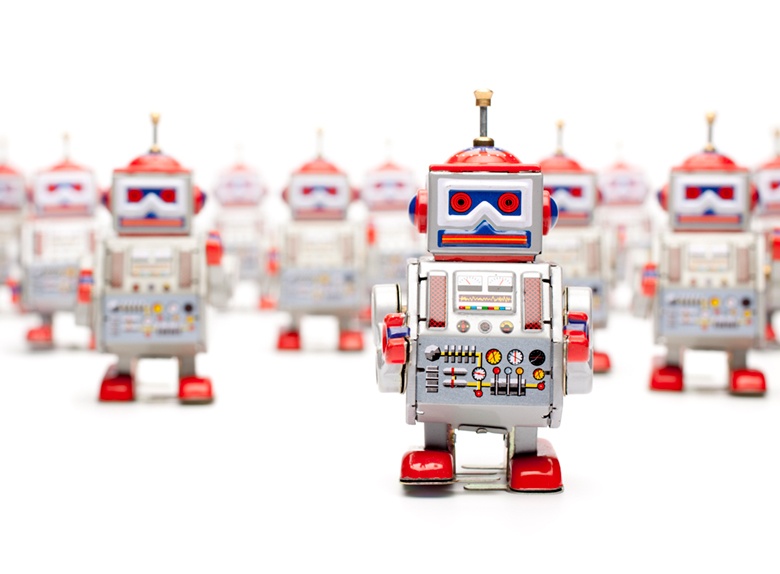 I’m a fan of titles that grab the attention… Though there’s a risk of setting yourself up for failure with the follow through. Fingers crossed!

Anyway, I had an epiphany at work today. A moment of clarity if you like. Normally, such moments are described by those in a bad situations or by alcoholics. But I am neither — though the wife will probably tell you I have had a good stab at the latter here and there!

My moment today was where I very consciously realised that we are all human!

Now, you’ll have to believe me when I say that I was very aware that this was the case all along, but I still had a very definite moment where my brain thought out the words “blimey, we are all human after all!”.

Our CEO has a personal fondness for an exercise you run as a company that is intended to make everyone feel aligned to the goals of the business. This culminated today in a meeting of the board, senior management team and representatives from across our company where those representatives presented their team’s views on contributions they make towards those goals. As you can imagine, this was quite a cross-section of the business and my deepest respect goes to one of the techies that turned up, to present to that audience, wearing some jeans that were making a bid for freedom down his legs and a baggie t-shirt!

I sat listening intently to the various presentations reflecting a little, not only on the points they were talking through, but the wider themes flowing through them all. One of the nuggets of borderline insanity that popped into my head was that as I sat listening to these presentations, I was a senior manager! When did that happen?! This is not something that I ever sought to become but I was now, no longer terrified of speaking in front of the scary senior business people but watching some people that were. Fond memories came flooding back of being absolutely terrified at the mere prospect of having to speak to such an audience and then came the realisation that all that’s happened between then and now is me doing what I love!

The main focus of my quiet pondering, however, was an overwhelming, but somewhat odd, thought that these people standing nervously in front of me, presenting to me, were humans too! As much as this sounds like a statement muttered by someone sitting in a lofty tower, detached from the hard workers beneath, this came from a huge feeling of empathy, pride and, frankly, joy that I felt watching them do their thing — like the most nervous speaker who, unluckily, got the first slot, but absolutely smashed it. We also had a frighteningly young techie stand up (at his age I would have been a dribbling wreck) and deliver a great talk. One presentation ended with a genuinely moving personal message and we had a myriad of others, each doing a sterling job of setting out a few key ways their teams are going to make a difference.

What blew me away wasn’t actually the nuts and bolts of what they were saying, or their skill at conveying their message, it was the massive passion with which they were delivering it. All of these people genuinely care about their part of the puzzle and you can tell just by the way they speak about it. They are not just robots doing what they are told to.

I came away from the session feeling newly motivated. As part of a management team it is sometimes hard to realise all of the good that is around you as you tend to be more involved than most in the things that need fixing or the things that we could do better. Seeing the passion that everyone invests in their work at every level is truly refreshing and I definitely think that we’ve got the thing that it is hardest to create sorted already… and then some. Honestly, with the drive I saw today I think we genuinely could conquer the world one IT solution at a time.

And if this was all planned and this exercise was as much for us managers as it was for all the teams that presented to us, our CEO is a cleverer man than I!