Byte Night – It was a cold, and Autumnal night

It was a cold, and Autumnal night.

I left the house recovering from man flu earlier in the week with my wife asking if this was really sensible (she’s a doctor and probably knows better). I had been building up the whole event to the kids so that they were all feeling sorry for me by the time I walked out the door in my thermals, woolly hat, and sleeping bag under my arm.

ByteNight #15 however was nothing like I expected it to be.

Surrounded by the good and the great of the IT industry, the pre-sleepover party was a jolly, vibrant affair. Teams were sent in from SMEs through to global corporates, and engineers through to directors, all wanting to take part in something that really does not only aim to raise some money for a kids in need, but does so in a way that teaches us to empathise with those less fortunate than most of us.

Dinner, drinks, Grant Stott as compere and an auction (during which I was caught bidding against myself at one point – I blame the Pinot Grigio of course…) – there were parts of the night that felt out of character with an event aimed at raising money for the homeless and disadvantaged. The video clips and live interviews on stage with some of those helped in the past get from the streets into law school were heart rendering however and reminded us of why we were about to do what we did that night.

We were ushered out onto Holyrood park, given Bivvy bags (sponsored by Pulsant I’m proud to say!) to keep us dry in case it rained, and settled ourselves our under the stars. I managed a good 5 hrs sleep, and despite being in the Scottish contingent, we managed to stay dry. It was a crisp but clear night and woke with the sun rising over the majestic view of Arthur’s Seat in the centre of Edinburgh.

In my technical gear, thermals, and wrapped up on a chilly but dry night, the only thing that meant I could empathise with those really on the streets was the realisation that I was warm, and many of those without the same kit as I had would not have been. It is an unfair and unequal world we live in, but for those of us lucky enough to live in the “developed” world, it is terrifying to think that we have compatriots that live on the streets despite the “wealth of our nations”, to misquote a famous Scot.

For those who have not had a chance to, please do give a little to help Action for Children do a lot for those in need.

Roll on ByteNight #16 – and hope to see more of you out there with us next year! 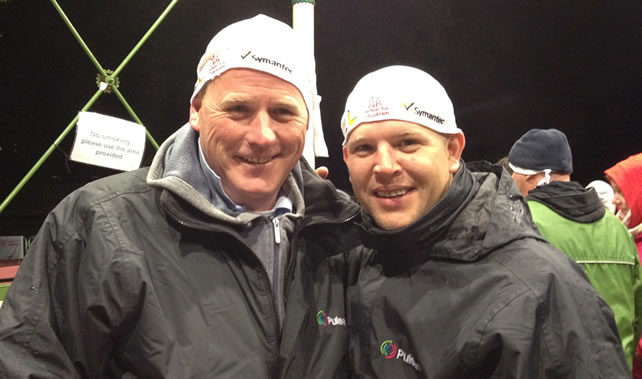 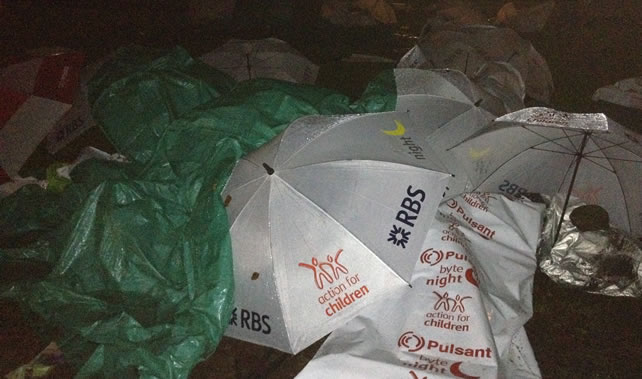 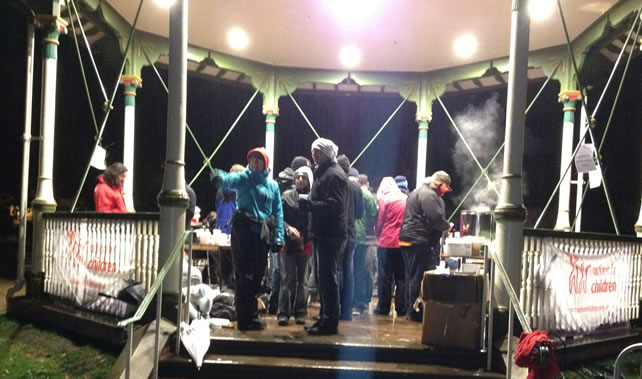