It’s been a month since we launched the Android app for our portal and thanks to the new Google App Market statistics we can have an interesting look at the demographics of the App use (this doesn’t in any way reflect the geographic demographic of Dedipowers Customer Base).

In my previous blog post I touched on Android Fragmentation and the decision was made to opt for the lowest possible workable version and it’s a good job I did as some of our customers are still running 1.6! 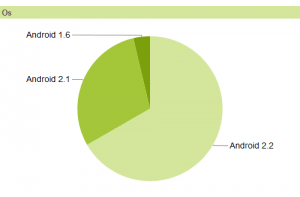 I developed the app primarily with the debugger but also using my HTC Desire and it turns out that the Desire is also the most popular device with our customers. A few people have the Galaxy tab and I myself was hours away from getting one till I heard of the Xoom (I wouldn’t say no to a Xoom if someone has one spare). 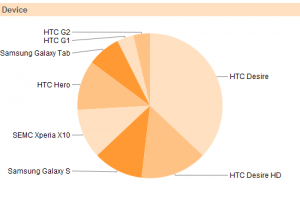 Finally it was good to see that the App is being used world wide. If people would like to assist with translations I’ll release an update with string localisation for some of the core languages of our customers. 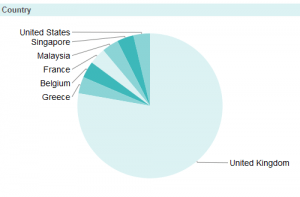 As is always the way a bug was found but I fixed it within an hour or so and 1.1 was released after some extra sanity checking. If you find any other issues, bugs or have a feature request please do not hesitate to get in touch.